Isn’t it the truth? The best way to make your dog happy is through their belly!

It’s Fido’s birthday and you just don’t know what to get him!

Either with food and treats or a good, old-fashioned tummy rub.

Natural dog food and treats are the specialty at Three Dog Bakery – and boy do they have a great selection of that specialty.

No doubt, Three Dog has some of the healthiest and most fido friendly treats and foods on the market.  In addition, You Lucky Dog you, use the coupon code and click through the banner on the right to activate a discount of free shipping on orders greater than $55.

Take a minute to read more about Three Dog individual ingredients and learn how they lead to happier, healthier dogs.

Happy Birthday, Fido and all you other dogs out there!

YOU LUCKY DOG, YOU – CLICK HERE NOW TO ACTIVATE!

Everything I need to Know in Life, I learned from my Dog

Canine Genetic Analysis – sounds intense … really, why should you determine your dog’s breed … is it useful?  We think it is.

The tests are easy to use and Wisdom Panel provides owners with an easy to read, detailed report on the dog’s breed – it’s fun and it can be very informative.

Many vet’s are recommending testing because it makes it easier to understand treatment options when necessary.

They offer a number of different economical test alternatives. The best part of ordering the test with Wisdom Panel is that you are assured a quality company is behind the testing.  We know that there are testing opportunities available at most pet stores and almost all online pet stores – but the company behind Wisdom Panel is the reason for choosing them.  Here are a few of the test options:

MIXED BREED IDENTIFICATION
If you have a mixed-breed dog, this test is for you. Reveal the breeds..

PUREBRED CERTIFICATION
Wonder if, or think, you have a purebred dog but don’t know for sure?

DESIGNER DOG CERTIFICATION
If you have a Designer Dog but unsure if he/she is really a cross between..

Mars Veterinary is a division of MARS® Incorporated, a company known for innovative consumer and pet food brands that are trusted by people around the world. The mission at Mars Veterinary is to facilitate responsible pet care by enlightening pet owners and communities with valuable insights into their pets as individuals through innovative, science-based discoveries. Millions of happy dog owners around the globe are using a unique innovation from Germany: the Fleixi retractable dog leash.

Spring has Sprung (almost) – get your new retractable leash now!

This is not surprising as Flexi stands for the most enjoyable walk for both pet owner and their best friend.

The Flexi one-hand brake system helps you quickly and easily restrain your dog.  Everything you could want in a retractable dog lead – durable construction, a smooth, quiet, reliable retraction mechanism that works every time, tough braking system, comfortable fit, and a safety loop to use in addition to your pet’s collar.

You’ll notice the superior engineering the first time that you use this lead — after that you’ll just take it for granted and enjoy walking your pet again and again.  Your pet has only the amount of freedom you allow and control without feeling restricted.  You can brake easily and assuredly at any moment to keep your pet safe.  This dog lead is a classic must-have for anyone who likes walking their pet.

Find the lowest price on Flexi Softgrip at Petazon.com

Here is a handy list to keep note of when feeding your dog:

An adult dog should be fed twice a day.
Feed the dog only after its walk. Dogs like to rest after eating.
If large dogs romp around after eating, there is a risk of bloating
(gastric torsion)!
If possible, always feed your dog at the same time each day.
His food should always be in the same place.
Ensure that the dog’s food has not come straight out of the
refrigerator. Food that is too cold can cause the dog to have
stomach problems, such as vomiting.
Wash up the dog’s bowl in hot water after each meal.

An adult dog should be fed twice a day.Feed the dog only after its walk. Dogs like to rest after eating.

Find the LOWEST prices on Nutro Dog Food at Petazon.com! X Small = 8″
Small = 10″ – 12″
Medium = 14″ – 16″
PET CLOTHING MEASUREMENT TIPS:
1. Measure your pet from the base of the neck to the base of the tail. This measurement is the length needed to determine what size of shirt, sweater, or coat is ideal for your pet.
2. Always go to the next larger size if your measurement is within 1 inch of the maximum.
3. We also recommend to round up to the next size if your pet has a broad chest, bulky build or thick coat.
NOTE: Somewhat loose clothing is more comfortable for your pet and looks better than tight clothing. If in doubt, order the next size larger. Also, please keep in mind that certain breeds e.g. greyhound, dachshund or an over or underweight dog may need a custom fit.

Is your pet shedding AGAIN?

As the days grow shorter and the nights grow colder, you may observe something that seems odd for a body preparing for winter: Your dog or cat is shedding more than usual.

But rest assured, it’s perfectly normal. Dogs typically lose their winter coats in the spring, when it’s replaced by a shorter, lighter summer coat. In the fall, this cycle is reversed — the summer coat is shed to make room for heavy, protective fur for winter.

Take a peek at our shedding blades: www.Grpet.com/shop/sheddingblades.php 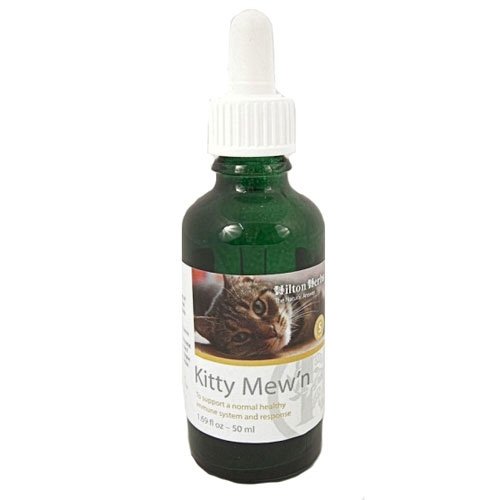 you can be confident that all of their herbal canine and feline supplements offer a safe and effective way of providing pets with herbs to support and maintain healthy coat and skin, balanced nerves and

The “Dog Days of Summer”

Everyone knows that the dog days of summer occur during the hottest and muggiest part of the season. Webster defines dog days as…

But where does the term come from? Why do we call the hot, sultry days of summer dog days?

The dog days of summer are just around the corner, and pet owners should be on guard for their furry friends’ safety. Now is the time to think about parasite control, heat stroke and travel arrangements for cats and dogs.

They saw images of bears, (Ursa Major and Ursa Minor), twins, (Gemini), a bull, (Taurus), and others, including dogs, (Canis Major and Canis Minor).

The brightest of the stars in Canis Major (the big dog) is Sirius, which also happens to be the brightest star in the night sky. In fact, it is so bright that the ancient Romans thought that the earth received heat from it.
GregRobert Tip:

As pets spend more time outside during the warm weather, they are likely to encounter a disease-transmitting insect such as a tick, mosquito or flea. Pet owners should take a few minutes daily to run their hands, or a specialized comb, through their pet’s fur to look for ticks. Ticks can transmit diseases such as Lyme disease and Rocky Mountain spotted fever.

In the summer, however, Sirius, the dog star, rises and sets with the sun. During late July Sirius is in conjunction with the sun, and the ancients believed that its heat added to the heat of the sun, creating a stretch of hot and sultry weather. They named this period of time, from 20 days before the conjunction to 20 days after, dog days after the dog star.

The conjunction of Sirius with the sun varies somewhat with latitude. And the â€œprecession of the equinoxes (a gradual drifting of the constellations over time) means that the constellations today are not in exactly the same place in the sky as they were in ancient Rome. Today, dog days occur during the period between July 3 and August 11. Although it is certainly the warmest period of the summer, the heat is not due to the added radiation from a far-away star, regardless of its brightness.

Of course, the heat of summer is a direct result of the earth’s tilt.

When it comes to keeping a pet healthy during the summer, owners need to be aware of how heat affects their animals. Remember that dogs have padded feet, and the sidewalk can be too hot for them.  It’s a good idea to walk them on grass if possible, and preferably in the early morning or evening.

Happy Summer – and remember buy Pet Supplies at GregRobert and save $10.00 on all orders > $75 with coupon: googlerocks (all lowercase)

When your puppy comes home, he will be so excited to explore his new territory!  You can expect to spend the whole day letting your pup get acquainted to you, your family, and your home.  If you have small children, you have to show them how to properly hold the dog.  You also need to explain to them the right way to treat a dog (no tail pulling, no rough petting, etc.).  Other then plenty of exploring, your puppy may need some naps throughout the day, because puppies are basically like babies!

When he first gets home, he will not notice that he is without his brothers and sisters.  This all will end at night time though, and this is what you really have to prepare for.  When puppies sleep, they are used to having plenty of warm bodies around them.  The first couple of nights of your puppy sleeping in his new home, you will want to mimic the warmth and comfort she was used to.  Here are some things to keep in mind:

Your puppy may cry at night, but do not take him out of the crate!  This will only reinforce to him that his crying results in you giving him attention.  Stick through it for a few nights and your puppy will eventually start to sleep throughout the night.